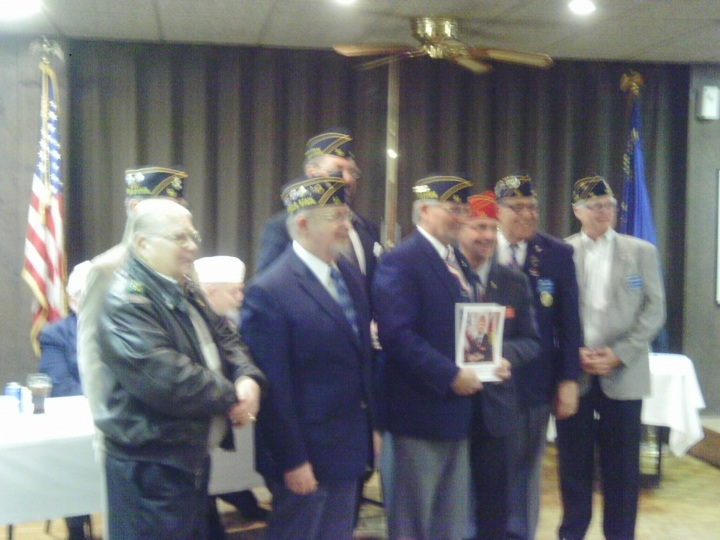 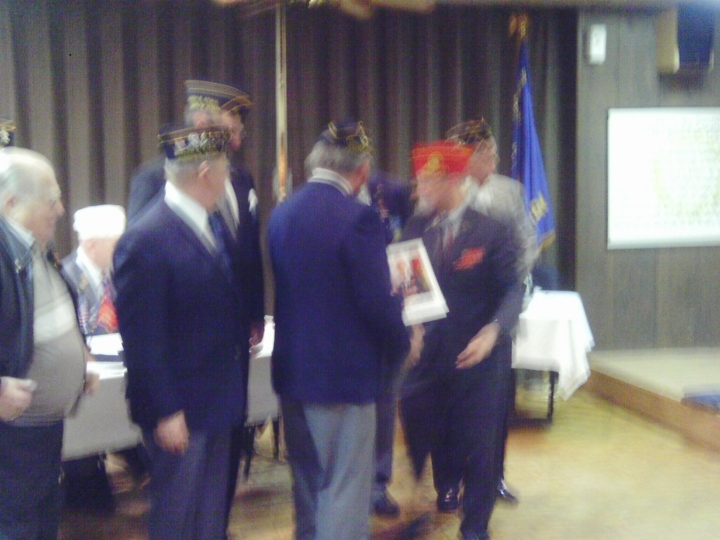 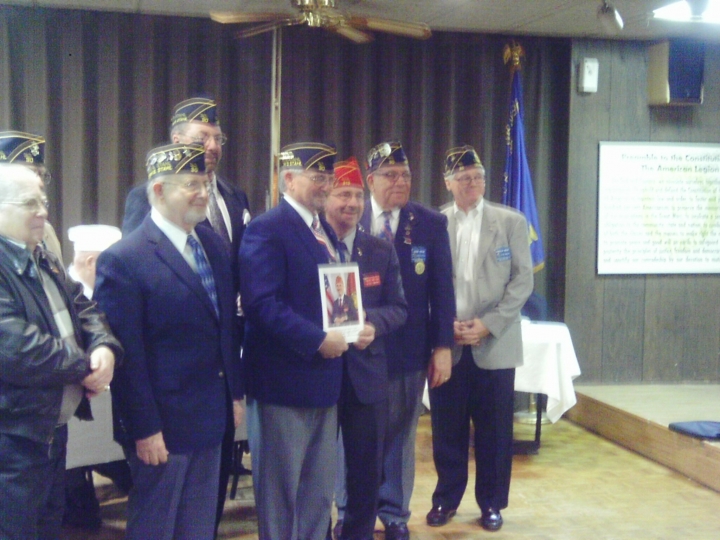 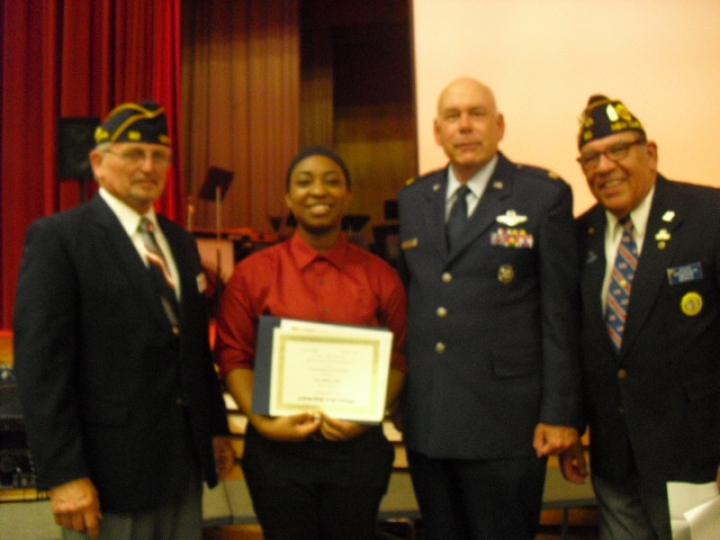 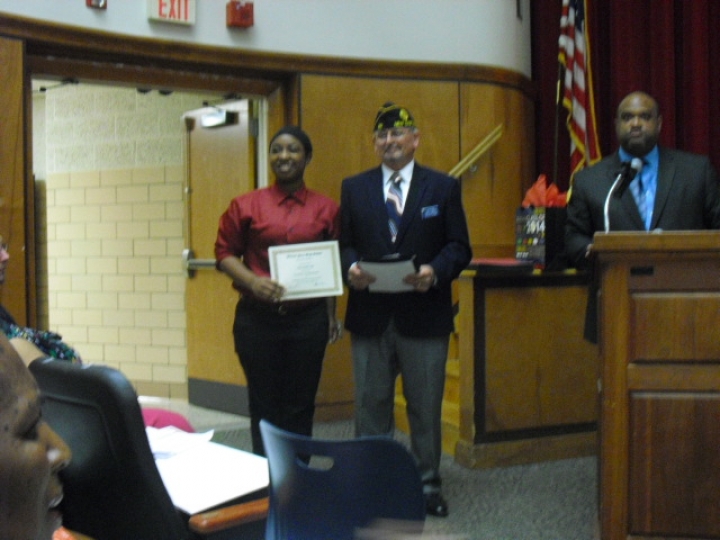 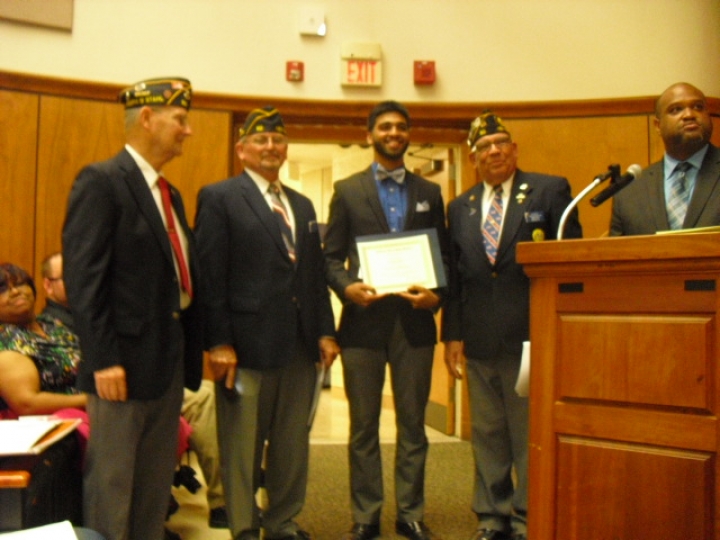 This is a reprint of an article The American Legion website relative to the New Castle District Membership Revitalization completed on March 27, 2015

Rickey Carpenter served in the U.S. Army from 2003 to 2007, seeing combat in Iraq. He was receiving Department of Veterans Affairs benefits but wanted additional assistance from VA. It led to frustration for the 28-year-old.

But thanks to an American Legion revitalization effort in Delaware, Carpenter is going to get help that will alleviate his frustration. Legionnaires stopped by Carpenter's house during the effort, heard his story and urged him to come to Joseph B Stahl Memorial Post 30 in New Castle, Del., to talk with Department Service Officer Joseph Houghton. Carpenter took their advice and, after talking with Houghton, felt a lot better about his situation.

"I'm still dealing with some issues related to my military service, and it's great to know I've got somebody now who can help me with that," said Carpenter, who had recently let his Legion membership lapse. "(Houghton) went over my files and found some discrepancies. It's great knowing he's going to be handling things from here on out. I really feel this was a big step."

Getting that help made an impact on Carpenter, who left the post after meeting with Houghton and then returned shortly after that to pay to rejoin the organization – only to find out that Post 30 was picking up his 2015 dues.

The revitalization effort spanned all of New Castle County from March 25-27. Six posts in the county picked up a combined 114 new Legionnaires or transfers from the Department of Delaware's headquarters post. Local, district and department Legionnaires worked alongside national staff, going door to door and making dozens of phone calls during the three days. More than a dozen veterans also were able to meet with Houghton to get info on filing VA claims, their pending appeals and other issues.

"I'm very happy (with the results) – much more than I had anticipated," Moderhak said. "I think people that were in (the headquarters post) were happy to talk to somebody live. Given the opportunity ... to transfer to a local (post), everyone I talked to transferred. And I actually talked to quite a few."

"Obviously they can have a home post to utilize," he said. "Secondly, it would assist the post in maintaining membership. And it gives them the opportunity to direct their own efforts back into the community and to be part of the Legion's charge of promoting Americanism within their own community. They need to feel they're a part of it."

Like Moderhak, Callahan was pleased with the results. "I did not think that people would answer the phone, answer the door," he said. "I'm pleasantly impressed with it. And this is something that can continue on. It doesn't just have to be during the revitalization."

Also helping out during the revitalization was Department Commander Bob Michael, joined by fellow department officer Jim Gallagher, Delaware's first vice commander. "Our state officers try to do everything together," Michael said. "We like to help everywhere we can."

Michael said transferring a headquarters post member into a local post is beneficial because it allows those members "to meet with other members of the military and share their ideas." And though he has been on multiple revitalization efforts, they never get old to him.

"You always learn," Michael said. "New things pop up every time when you're dealing with membership."

National Executive Committeeman Ken Whitman made the 86-mile drive from the Rehoboth Beach, Del., area to help out with the revitalization. While he sees merit in making phone calls, Whitman is a big fan of going door to door.

"I like the close contact," he said. "They see a person. They see a couple guys that are willing to come out to their home to visit them. When you knock on their door, and they see a guy with a red hat or a blue hat or a white hat, they think, ‘Oh well, they are interested. There must be something to this.'"

That was the case for Carpenter. "Honestly, I was a bit honored that they sought me out," he said. "When someone comes knocking on your door, you think they're just advertising something. But that they wanted to come to me and see if there was anything they could do to help me felt pretty good."

National Vice Commander Doug Haggan made the flight from Indiana to Delaware to help with the revitalization. "It's vitally important that national shows the departments we are supporting them in their membership programs. If you don't have membership, you can't run the programs.